As a teacher of all visual & graphic arts, printing, photography, film making & television, I taught the Old Media Hollywood Production System most of my life. Learning about computers and independent new media movie production during 2002 my friend, Scott, set up a website so I could blog every day. I began going to a half dozen websites and reading everything I could about how new media production would soon be so very different.

I began writing and publishing the first of my 5000+ blogs about independent new media producing by writing two blogs every day. Within a few months, I began blogging on other websites and I blogged six or seven times daily for seven years until 2009 when Google changed all the rules. Making every mistake imaginable, I discovered and pioneered every new media cost-cutting technique that would add higher production value to movies while lowering the budget to enable higher profits.

I can save new media filmmakers a great deal of time, frustration and money but never lowering the quality or high production value of any project since my methods employ greater efficiency in creating digital content. AND, although everyone shoots with New Media (Digital) today, most all continue to use the 1930's Hollywood System to produce their movies. There is ONE BIG REASON why NO SCHOOLS will ever teach the New Media System I detailed and wrote about. And yet, circumventing the Old Media Production System is the key to wealth.

I PRODUCE: I make things happen. I help to mentor, teach, partner, fund, brand, market, advertise, promote and distribute digital content with creator/writer/artists. Take charge of you life and do not keep waiting to get noticed by the Old Media System Production people. Hollywood has transformed the industry into $200 million "tentpole" projects in 3D for IMAX theaters.

If you have a good concept or idea and want to see it on the big screens, allow me to give you a free hour to answer all your questions. You only need two things to become a success: "Never lose sight of your goal and never give up. Nothing in the world can take the place of persistence. Talent will not; nothing is more common than unsuccessful men with talent. Genius will not; unrewarded genius is almost a proverb. Education will not; the world is full of educated derelicts. PERSISTENCE and DETERMINATION alone...always will solve, the problems of the human race." - Calvin Coolidge 1872-1933; US President

Why Did I Become an Instructor on Sivana?
I PRODUCE features working with creator/writers and conceptual outlined works, I make things happen successfully with zero, micro, low-budgeted and everything in between up to a €200 million project. All you need is an idea and the will to make it happen.
Links
https://www.facebook.com/stan.lozowski 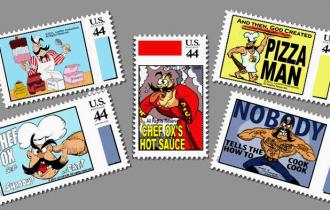 $45 per hour
THE MIGHTY OX - 2D animated feature movie based on the book on Amazon. Written by Stanley N Lozowski; art by Rusty Haller; Directed by Simona Lyriti
Follow
Save

Create a Subject so you can share your expertise with the world!